Back to home page

How One Software Development Company Started with Father and Son

Read the backstory of how a father and son duo expanded their app development company outside of Dallas, Texas and into Latin America. 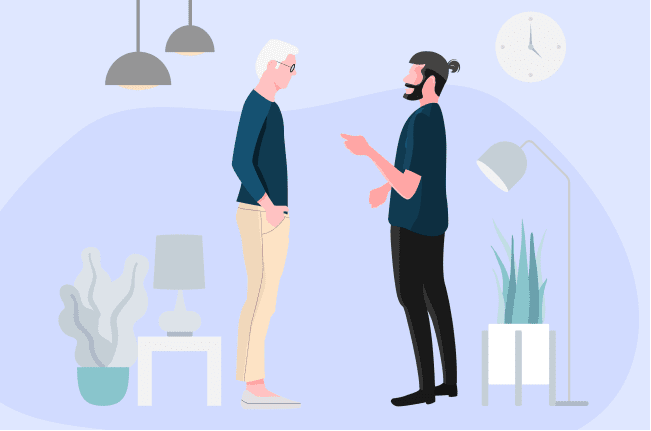 Why the name Squareball Studios (SBS)?

Andrew: “The name came about because we’re both from New York. I was born there and my father was raised there. As you know, Times Square has a New Year's ball drop every year, which could also be referred to as a 'square ball.' And hence, the name for our app development company. We wanted to bring the origin of where we’re from and translate that into our brand.”

How did SBS start?

Art: “It just happened and was somewhat unexpected to be honest.

I never really bothered to get into gaming myself, but that interest led him into coding.

This was back when CSS first started.

So, he learned to code with that and languages like HTML and JavaScript.

I myself have been involved in technology since 1982, which is quite some time.

From there, things just came together.

Andrew went on to continue with different ventures and then I decided it was time for me to leave corporate America and join forces.

After our first "father and son" project, we continued to grow and have now expanded with an office in Dallas and Colombia.”

What would you say sets your app development company apart from your competitors?

Andrew: "We saw the negative sides of our industry and decided to help change that.

We’re good at what we do, and we distinguish ourselves by being truthful and empathetic to each customer who works with us.”

Art: “To add to that, we are a diverse-minority, family owned business with over 20 years of experience combined.

So what sets us apart? Again, its family owned.

It’s not just another job for us.

As custom software developers, it is a passion that we can’t stop.

Something that we thrive on.

To see ourselves not doing what we’re doing, heck!

We don’t see it. It’s self-satisfying."

Why did you choose to expand SBS to Colombia?

Art: "There is a lot of talent.

A lot of untapped talent."

Art: "Exactly. There’s a high interest and yearning for new technology. So many want to learn. The app developers there are all for it. They want to grow and they realize they’re not getting the same experience or exposure that they could get working for an American company or being here state-side."

What would you say makes the people who work at your app development company special?

Art: "The fact that our employees are very well-rounded individuals who bring expertise from all levels and backgrounds. We’re very selective and don’t just bring anyone on the team. Some come to us with experience; some straight out of college. But the common denominator is that they all bring the full service to our customers and don’t leave once it's done. Our team stays and provides support through the whole app development process.”

What is SBS’ core strength and how would you say SBS got to where it is?

Art: “Definitely listening to our customers. A lot of our clients come to us with an idea, but they don’t always have it fully made. So, I'd say SBS got here through our customers and our ability to listen. I think that is the best way to describe it."

Andrew: "And of course, getting shit done. Our team is very passionate about every project we tackle. To the point that there has been many times that we've burned the midnight oil, sleeping at the office and not even realizing where the time has gone."

What would you say are the most common wants and needs of your customers and how does SBS serve those?

Art: “First, guidance more than anything. Everyone has an idea, but they don’t always know how to deliver that idea. Second, I'd say that they want expertise and experience. That’s what our customers are looking for. Finally, we try to serve those needs as best we can."

What would you say is the image of SBS with current or former customers?

Art: “We deliver quality software. We have applications that have been running for 6-10 years and they’re still running. What do our customers say? It’s solid, it works. I’d also like to think that they’re saying, 'These guys go above and beyond.' And it’s true. I mean, hell. We'll work on Saturdays and Sundays if need be."

What would you say you're contributing to the app development industry?

Art: “We’re keeping it real. It seems like there are so many app developers nowadays. Everyone talks, but not all walk the walk.”

Finally, what would you say has damaged the industry's reputation in the past?

Art: “I would say it’s the misunderstanding of what app development is and what the whole process is all about. App development is an art. You can't just throw a couple lines of code and call it an app. Not all, but some came into the tech world trying to be the next big name. I think that's the kind of expectation that really hurt the industry’s reputation in the past. But thankfully, the industry has grown. I’m starting to see much more mature people who really understand what is going on.”