Back to home page

Mobile Apps: Do They Bridge the Digital Divide?

Today, access to technology (such as a stable internet connection) is commonplace across the U.S. with more people using tech than ever before. 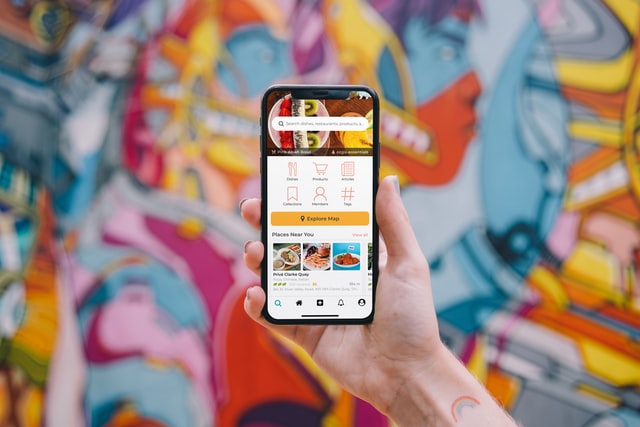 Today, access to technology (such as a stable internet connection) is commonplace across the U.S. with more people using tech than ever before. Despite this increase in access, a digital divide still exists in the country with one study finding that over 21 million Americans do not have internet access. The report also found that 40% of schools and 60% of healthcare facilities outside metropolitan areas lack broadband. This divide is due to many factors, with a report from Maryville University covering the digital divide listing the three common causes as a gender divide, lack of affordability, and accessibility for the disabled. Gender biases are coded into technology, internet access is costly, and the disabled struggle with using technology. Fortunately, mobile apps can provide some solutions to help bridge the digital gap — at least if they are caused by aforementioned factors. Let's take a look at some of them in more detail:

As mentioned, technology is gendered and coded with gender biases. For example, The Conversation claims that voice assistants typically have female names and voices and are programmed to do “wifely” duties like scheduling appointments and setting alarms. They also respond in sexist manners. When called fat, Apple’s voice assistant Siri would respond with “It must be all that chocolate.” Apps like Sheboard can use predictive text to suggest less sexist and more empowering language with women in mind. If a user were to type “Women are,” the next word perhaps is “strong.” Also, did you know that airbags and seatbelts in cars are mainly designed for and tested on the average male body, making them a safety risk for women? A car safety report from the New York Times notes that this is just another sad example of the gender divide at work. Gender Fair is an app that scans products like appliances and even cars. The app informs the user whether the product was made with women in mind or by companies supporting gender equality. It also collects feedback that companies can use to make their products (and themselves) more inclusive.

As much as technology has developed gender gaps, plenty of mobile apps are there to bridge the divide little by little.

The lack of affordability when it comes to the internet and data services contributes to the digital divide. Although prepaid data plans exist, there is no way for people to determine how much data they have left, or which apps use the most data. The existence of data management apps solves this problem. My Data Manager tracks mobile, Wi-Fi, and data roaming stats. Users can also set an alert for when they’re nearing their data limit. It also tracks the usage of the members you share a data plan with and monitors usage on multiple devices. Through this, people can be more careful of how much data they use so they can get their money’s worth. Budgeting apps like Mint help users track their spending and remind them when to pay bills. This helps users allocate their money towards where it's needed, like groceries and utilities. As such, they can also save more money for other needs like data plans when they are able to see where they put their money.

Persons with disabilities have a harder time accessing the internet because devices are not built with them in mind. The visually impaired can have a difficult time reading a mobile phone’s screen, for example, despite the text being at its largest size. Those with limited mobility can find it challenging to press keys or touch a screen.

Luckily, a ton of mobile apps are available to make things more accessible for the disabled. In fact, this is included in our article on ‘Mobile App Tips’: designing apps with every potential user in mind, including the disabled. KNFB Reader converts text on a screen to high-quality speech. Visually challenged people can get access to information on their devices by listening to the voice. It also provides the user with the option to convert the text to braille. Meanwhile, the Google Assistant app can send texts and make calls via voice command. It can also send emails and sets up alarms, allowing people with limited mobility to use their phones without exerting too much physical effort.

Mobile apps reduce gender biases, provide data management, and increase accessibility. Through these features, they are able to bridge the digital divide like never before.